Welcome to the 32nd Carnival of Space. Since these things generally have some sort of theme, this week's Carnival will start out on the ground and get progressively farther from Terra Firma. 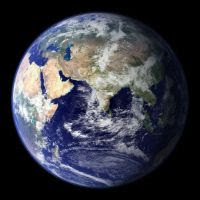 We'll start out with world traveller and cosmologist Louise Riofrio of A Babe in the Universe, whose travels have taken her to New York on the way to Princeton. While in New York she visited Grand Central Station, with its celestial model on the ceiling, and finished with a night at the American Museum of Natural History. There is no word on whether Louise wore her skin-tight spacesuit in the museum.

With the price of oil flirting with the $90 per barrel mark, Darnell Clayton of Colony Worlds shows that the way to make space relevant to the average person is the energy, stupid! Whether it is mining of Helium-3 or solar power satellites, outer space holds the promise of cheap, clean energy. 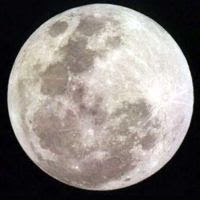 Next, we take a trip to the moon. China's Chang'e spacecraft began taking pictures of the moon's surface recently, and some accused China of plagarizing a NASA photo from 2005. Nancy Houser of A Mars Odyssey says that China's space program is actually fairly ambitious, and mocks those who suggest that China might have faked a moon photo.

Emily Lakdawalla of the Planetary Society also says that the Chinese moon photo isn't a fake - but that the Chinese rebuttal of the accusation, which pointed to a new feature evident in the Chang'e image, is in error. 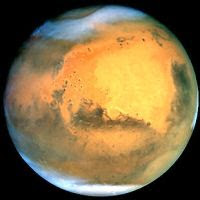 Stuart Atkinson of TheVerse notes the stunning images of the moon taken recently by Japan, China, and the European Space agency. While Stuart, a self-confessed lifetime Mars fan(atic) has been waiting for "bootprints on Barsoom", his love of the Red Planet has until recently blinded him to the fact that the Moon is cool again.

Speaking of the Red Planet, Fraser Cain of Universe Today says that future Mars explorers might never actually set foot on Mars; instead they would remain in orbit and operate robots on the planet's surface. 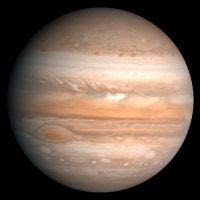 Going a little further out, my favorite Astropixie, Amanda Bauer (ok, she's the only astropixie I know of, why can't she be my favorite?) explains some interesting features of a composite photo of Jupiter and Io taken by the New Horizons spacecraft on its way to Pluto. She was particularly excited by the 200-mile-high volcanic plume of Io's famous volcano, Tvashtar, which is only one of 36 actively flowing volcanos on Io's surface. 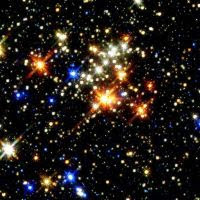 The Space Files says that an old idea about travel around the solar system, the Solar Sail, is about to rise again, this time on a more reliable rocket. Space Files also goes into the history of the solar sail idea in some detail, with lots of pictures.

It might come as a surprise that Phil Plait, the Bad Astronomer, has been attending mass - but of course, what he is talking about is not the Catholic tradition, but rather attending to the question of whether "mass" can be used as a verb. The answer he comes up with is that when it comes to stars, it can - and it makes for better writing, too. 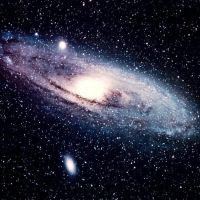 Spreading out into the galaxy, Paul Gilster of Centauri Dreams carnival entry for this week is called Of Young Stars and Ancient Planets. This is a discussion of recent work on how young planetary systems form, but goes on from there to look at an interesting Russian study that speculates on whether stars in our part of the galaxy that can support terrestrial worlds may be a fairly recent phenomenon. This has implications for the Fermi question: Where are they?

Since I'm hosting this Carnival, I suppose I get the last word. That fits thematically too, because this week's Space Video of the Week is way, way, way out there: the definitive bad science fiction movie Plan 9 From Outer Space. Update: Whoops! for some strange reason my mail account sent several carnival entries into the Spam bin, which is really stupid since they were all routed through Fraser. I blame Yahoo. Sorry about that, folks.

Music of the Spheres gave a review of the book Rocket Boys by Homer Hickam. Mark Whittington says that Barack Obama is pitting the space program against school kids. Advanced Nano has a review of some of his favorite launch system proposals.

So that's it for this week's Carnival of Space. If you would like to enter next week's Carnival, be sure to email your entry to carnivalofspace@gmail.com; also feel free to visit visit Universe Today for the Carnival archives (which Fraser should really update, ahem hint hint).
Posted by Ed at 12/05/2007 08:09:00 PM
Email ThisBlogThis!Share to TwitterShare to FacebookShare to Pinterest
Labels: carnival, space